Tickets for The Lock In ‘Christmas Carol’ available here: https://sagegateshead.com/whats-on/folkworks-the-demon-barbers-the-lock-in-christmas-carol/ 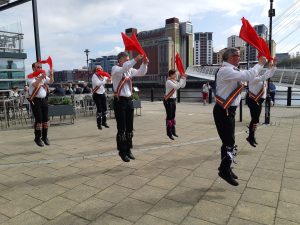 Black Gate Morris was formed in 2018, bringing together Morris veterans and complete beginners to form Newcastle’s first and only mixed Cotswold side. Our current repertoire includes dances from the Adderbury, Bledington, Bucknell and Raglan traditions; and we can be recognised by our red, yellow and grey kit, combining the colours of Northumberland and the city of Newcastle.
Facebook 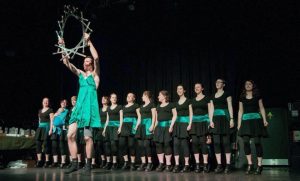 Introducing two times world champion rapper dancing sensations…Star and Shadow Rapper! They will be coming to dazzle you with their precision and grace, whilst also entertaining you with their rapid wit! Over 10 years in the making and performing for your entertainment!
Facebook 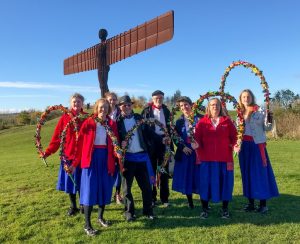 First formed by Newcastle University students back in 1978, Tyne Bridge is celebrating its 40th Anniversary this year. Although we maintained close links until the ‘90s, we are now independent of the University.
Our repertoire includes traditional dances from the North-West and other regions of England as well as an increasing number composed by the team. These include processional dances such as Churchtown, hanky dances such as Runcorn and decorated short stick dances such as Goosetrey.
Website 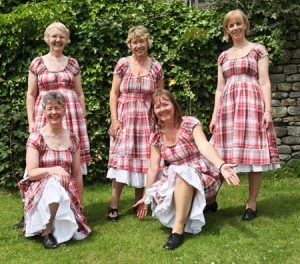 Step This Way is an Appalachian clog dance group based in Durham UK.
We perform at festivals, dance and charity events throughout north east England and beyond.
We also host workshops in Appalachian clogging for beginners. Live music is provided by the Bones Creek Band.
Website 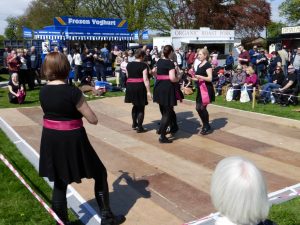 Five years ago, a group of dancers agreed to learn the High Spen Rapper Dances coached by Ricky Foster, who had an ambition to see a female team dancing the rapper figures in the way that family members in the past had supported the tradition. Meeting every other week, they have decades of rapper experience between them. The team have endeavoured to support the local history of the High Spen area through performances for the Land of Oak Iron and the local fairs of the County Durham ex-pit villages.